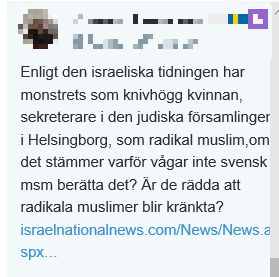 "The alleged attacker is a Muslim man known by the Swedish police, according to Israeli reports."

"Although Helsingborg has been free of antisemitism, nearby Malmo has been a hot bed of antisemitic attacks in recent years much of which has reportedly emanated from its large Muslim population which constitutes about one third of the city’s residents.

In December last year there was an attempted arson attack against a building in a Jewish cemetery in Malmo, which was followed by an arson threat made by two teenagers, at least one of whom was Muslim, against a Jewish community center in the city.

Fredrik Sieradzki, a spokesperson for the Jewish community in Malmo, said that antisemitic incidents have spread outside of the city as well, pointing to an antisemitic arson attack on the home of a Jewish couple in the city of Lund just outside Malmo in October last year, the second such attack in Lund in 2018.

Far-right and neo-Nazi groups have also increased in prominence, particularly the Nordic Resistance Movement which has held frequent marches in Sweden of late, most recently on May 1 in the city of Kunglav 235km north of Helsingborg.

Sieradzki also noted strong anti-Zionist sentiment in Malmo, exemplified on May 1 when the SSU, the youth wing of the Swedish Social Democrats party, marched through the city chanting “Long live Palestine, crush Zionism.” " 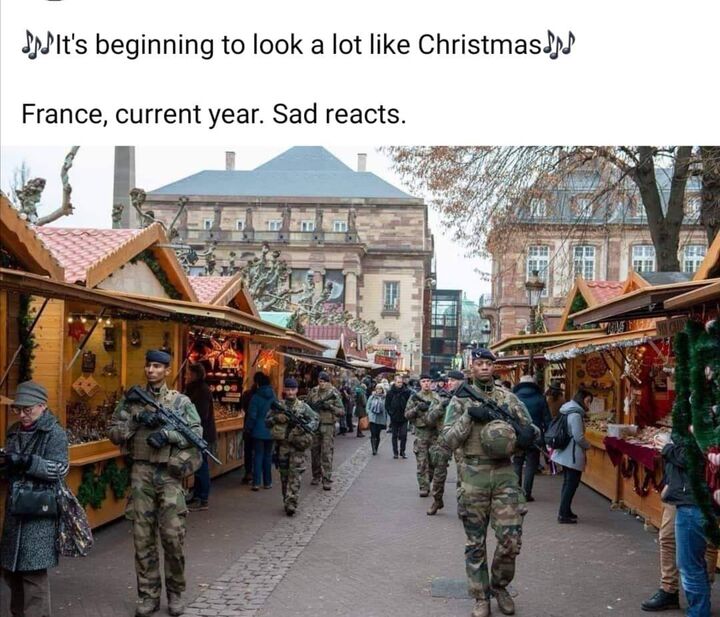